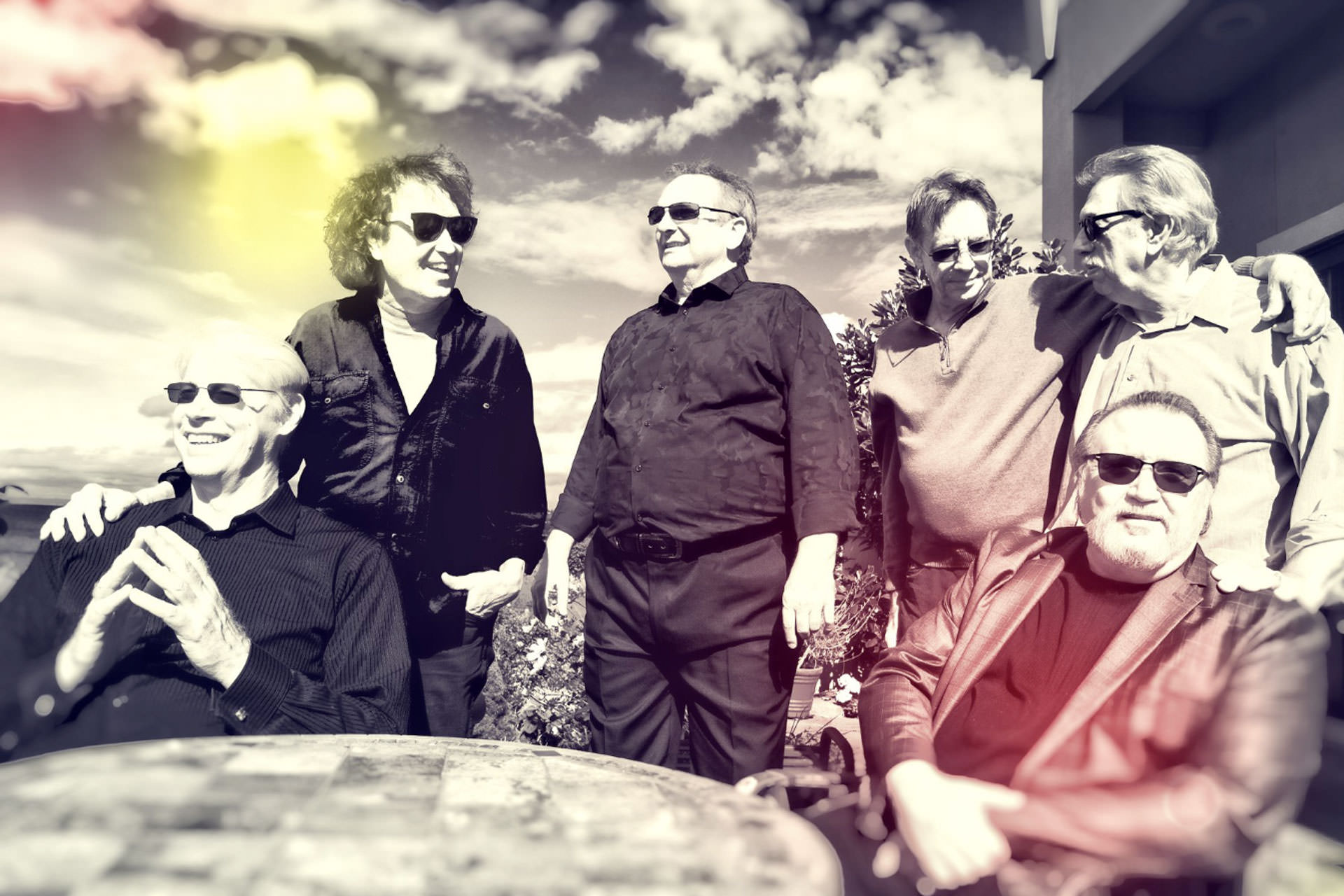 If you want a drummer who is in the NW Rock and Roll Hall of Fame…start right here and a resume that includes touring with The Beach Boys, Box Tops, Paul Revere and the Raiders, Viceroys, Knickerbockers, Gary Lewis and the Playboys, Billy Joe Royal, Eric Burdon and the Animals, Buffalo Springfield (Steven Stills & Neil Young), Jethro Tull, Tina Turner, Deep Purple, John Mayall, Lee Michaels, Young Rascals, Chicago, Led Zeppelin, Stevie Wonder, Roy Orbison, Jerry Lee Lewis, Kenny G, Ray Stevens, Charlie Rich, Eddie Money, Peter Frampton, Heart, Big Horn (the Northwest’s #1 band for many years), is in the Northwest Hall of Fame, has recorded many albums with Decca, MCA, Columbia Records, played on Dick Clark’s tour and national TV shows,… His extraordinary drumming and vocals, plus a lifetime of playing with the very best in the world, help make Easy Company’s music and performances spectacular. There’s nothing quite like covering a tune by Stevie Wonder and having your band mate say, “Well when I played ‘Superstition’ with Stevie here’s what the bass and horns were doing together…”

How often do you get the chance to invite the official White House pianist and organist to come play for your event? Herb is a multi-instrument virtuoso. In addition to his role at The White House he played sax and clarinet in the “President’s Own” Marine Band. Herb has performed for Heads of State, Kings and Queens, Duke Ellington, Terry Clark, Stevie Wonder, Lawrence Welk, Peggy Lee, Toots Thielman, The Vienna Boys Choir, Grady Tate, The Seattle Saxophone Quartet, The Cascade Symphony, Skitch Henderson, Bobby Rosengarden, The Sammy Nestico Orchestra, The Castle Jazz Band, Johnny Carson and Doc Severnson, symphony orchestras, big bands, musicals, Jazz and Dixieland groups,… and he’d love to come play for you. Herb owned a recording studio, arranging and producing recordings for ABC records and commercials for radio and television (6 Clio and IBA awards). When he’s not on stage, Herb shares his love of music with students learning brass, keyboards and woodwinds.

Easy Company rehearsals often feel like a master class in music theory and performance thanks to the extensive musical education of the players. Craig is often leading these discussions because he began his musical career as a classically trained pianist and has a terrific ear for arrangement and nuance. Whether he’s playing backing parts with the rhythm section or jumping out front on a ripping solo, his remarkable technical prowess seriously gooses the excitement meter. But there’s a lot more to Craig than just technical chops. When he’s pounding on his piano or making that organ wail and moan you just might wonder if he’s channeling the soul of James Brown! Over the last 30 years he’s played in numerous recording sessions and many popular northwest bands that have taken him to clubs and concert venues throughout the Western United States, Canada, and Alaska.

Billy Stapleton was born with a guitar in his hands. A native of San Francisco he played The Fillmore Ballroom and Golden Gate Park in the 60’s & 70’s and was a member of California’s notorious Mendocino All Stars. In the 80’s he was lead guitarist for San Francisco’s Water Brothers. After he moved to the Northwest Billy started playing guitar for Little Bill and the Bluenotes, a gig that lasted for the next 24 years. He has been Grammy Nominee Mark Dufresne’s right-hand man, co-songwriter and record producer, winning numerous awards. Fluent in rock, blues, jazz, R & B, slide,… his technical mastery of the guitar ramps the adrenaline at every gig. Audiences frequently tell us, “You played all my favorite songs!!” Billy gets a lot of the credit thanks to his ability to absolutely nail an amazing variety of tunes.

Jamie’s incredible bluesy voice has been the driving force behind many popular northwest bands including The Banana Brothers, The Delivery Boys and Smokin’ Gun. Jamie says, “It all began in grade school!” That’s when he started singing in the school choir and beating on things…and just never stopped! Percussion, congas, drums, lead and harmony vocals,… he’s always doing something on stage. If he had a theme song it would probably be, “I’ve been everywhere man,” because Jamie Phalen has spent the last thirty years playing in every major venue in the Northwest from clubs to the Chateau Ste. Michelle main stage.

The four strong vocalists in Easy Company not only make beautiful harmony together, they enable the band to cover an unusually wide range of songs and musical styles.

A long-time music veteran, Dan has played on six of the seven continents (unfortunately nobody’s booking acts in Antarctica anymore so #7 probably won’t happen). Dan’s primary role with Easy Company is “lockin’ down the groove” with Fred. When he has no other choice but to put his guitars and bass down and go to work, Dan runs a national advertising agency and audio/video production company. He has produced many regionally and nationally known jingles. If you’ve heard,
“Car Toys…A Better Way To Go!”,
“Sleep Country USA…Why Buy A Mattress Anywhere Else?”, “Penguin Windows…There’s Nothing Else Like ‘Em!”,
“It’s Your Life Live it Beautifully…Sono Bello!”
…you can blame Dan for those earworms and many more.